Some Greenwashed Products Are Contaminated

Too Good to Be True?

How many times have you stumbled upon the phrases “our studies show” and “dermatologist tested”? These marketing clichés are so common, you hardly pay attention. The cosmetic industry, one of the largest and most profitable of all industries, spends more on advertising than any other trade.

“The Cosmetics Directive does require that when a claim for efficacy is made for a cosmetic product, full substantiation for the claim should be available,” says the European Union’s Cosmetics Directive 76/768/EEC. Most often, such claims are validated by consumer testing, surveys, and clinical studies. Women slather creams on freshly washed, dry faces, and miracles happen— skin looks moisturized, and wrinkles are less visible. Women wash their greasy, limp locks with a new fruity shampoo and, what do you know, their hair looks shiny and clean. What a breakthrough

The tests also found the carcinogen in some of the most popular shampoos, body washes, and many other personal care products used daily by millions of women worldwide. 1,4-Dioxane is considered a probable human carcinogen by the U.S. Environmental Protection Agency (EPA). Animal tests have indisputably proven its tumor-promoting activity (Stickney et al. 2003).

1,4-Dioxane is also on California’s Safe Drinking Water and Toxic Enforcement Act (Proposition 65) list of chemicals known or suspected by the state to cause cancer or birth defects. U.S. federal regulators, particularly the Integrated Risk Information System, consider 1,4-Dioxane’s potency to be equivalent or greater than many pesticides (EPA 1992, 2000).

This carcinogen forms during a procedure called ethoxylation, a cheap shortcut that companies use to provide mildness to harsh ingredients. This process requires the use of the cancer-causing petrochemical ethylene oxide, which generates 1,4-Dioxane as a byproduct

Some Greenwashed Products Are Contaminated, Too

The shocking results of the recent study by the Organic Consumers Association revealed that many personal care and household cleaning products claiming to be “natural” or “organic” are contaminated with traces of 1,4-Dioxane. Astonishing amounts of 1,4-Dioxane were found in “natural” dishwashing liquids and other so-called earth-friendly products.

The lawsuit alleges that these companies should have put warning labels on products containing high levels of 1,4-Dioxane, stating that they may cause cancer.

It’s no secret we are ready to pay more for beauty products that claim to be clean from contaminants. However, a visit to any health food store unfortunately reveals the majority of products in the personal care section with “organic” brand-claims contain only cheap water extracts of organic herbs and maybe a few other token organic ingredients to justify the “organic” claim on the label.

The core of such products is composed of conventional synthetic cleansers and conditioning ingredients usually made in part with petrochemicals, often containing toxic contaminants like 1,4-Dioxane. The general rule of thumb is to avoid products with unpronounceable ingredients.

To avoid 1,4- Dioxane, the Organic Consumers Association urges consumers to search ingredient lists for indications of ethoxylation including:myreth, oleth, laureth, ceteareth, and any other “eth,” PEG, polyethylene, polyethylene glycol, polyoxyethylene, or oxynol in ingredient names. Watch out for “eths” and PEGS, and your health will thank you 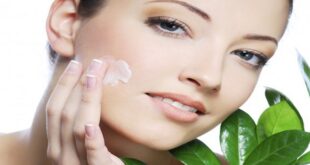